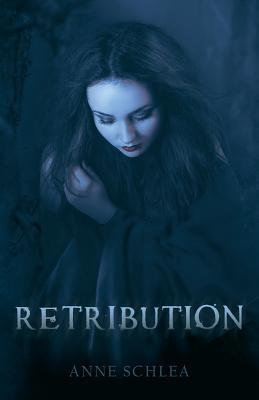 As the Toiseach (leader) of the vampire clan, named Clan of the Raven, Antonia is expected to lead but she decides to pursue her own dreams and leaves without letting anyone know, not even her "mate" who she feels has hurt her, and hopes that they will think she has died and move on. She wishes to no longer be a part of the vampire world and instead be mortal and attempts her own project to see if it is possible.

She is found by someone who thinks of her as an enemy, Richard, who wants to be the leader of the clan. Something happens (that i wont reveal and) Antonia gets wounded (they use another wording for this, but you will read it in the book), and since she hasn't fed in very long time her condition is not good.

I feel that I should mention Arthur (brother) and Stephanie (human college room mate and more) and one of the things they do after Antonia is hurt is they watch over Antonia while they wait on Zartan (leader of The Clan of the Dragon). Though they do so much more than this, I did want to mention their names without giving too much away.

Nosferatu are another kind that have the vampire genes but they are not the same and were once enemies until a truce was put into effect....will that stay true throughout the story, if so why do they keep the truce, and if not, what made them decide to no long keep the truce? Find out more when you read this book. ^_^

Read this great book to know more on the story line, you wont believe the things in store in this book. I thoroughly enjoyed reading this book and cant wait to read more from this author.

I received a free copy of this book and for an honest review.

Antonia Paige has been ripped out of vampire retirement, and she's not happy about it.

Everyone in her life agrees Antonia was given control of her family's clan when she was far too young. And after a couple of centuries of doing a mediocre job, Antonia has managed to vanish from her family and vampire society. She lands at a small North Georgia college with a plan: through scientific experiment, she will attempt to remove the vampire virus from her system. If she is successful, she can be human again.

Unfortunately, it's much harder for the head of a clan to disappear than Antonia realizes. Her brother Richard wants the crown for himself, but to take it, he must take out his sister. He tracks her down, but luckily for Antonia, a lover she jilted long ago is hovering nearby, waiting for an opportunity to rescue her. Antonia has learned a lot during her years living as a human, however, and she doesn't want to be rescued--she wants to prove herself.