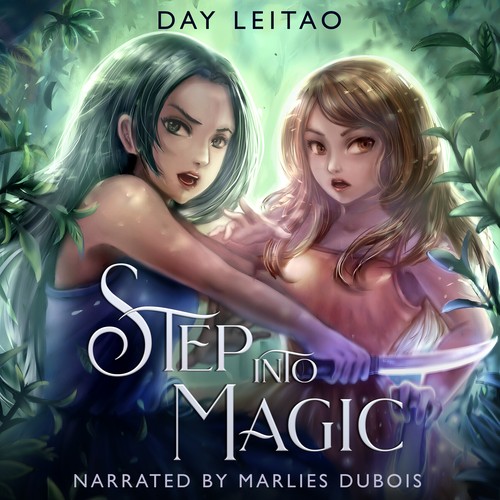 This is the first book in a series, I had gotten the second book first which stated it could be stand-alone, and in a way could have been, but with this book, it filled in gaps that was missing in the second book that had left me wondering.

This is a great series, especially if you get them in their proper order.

So the story starts off without a big amount of backstory on where the shoes came from or the dance scene, you only really get some bits and pieces. Karina is asked to go to another realm and to destroy the shoes, there is just one little issue about that. Which you can find out by reading the book.

Narrator does a great job bring the best out of the characters, changing voices and such. It really blends well together.

She's got the fate of a kingdom in her hands—or rather, in her shoes.

14-year old Karina doesn’t know what she wants, but knows what she’s found—fascinating silver shoes. Fascinating, dangerous, and potentially evil. On the upside, they do bring cool visitors. When a princess invites her to go to Whyland and save her kingdom, of course she accepts. There’s that little “let’s destroy the shoes” detail she’s not crazy about, but hey, free trip, alternate world.

But Whyland is nothing like she expected. Karina finds herself stuck in a kingdom she doesn’t understand, with no clue on who to trust. Before saving anyone, she’d better save herself—if she figures out how.

To make matters worse, as much as the princess is fierce, determined, and brave, she'll jeopardize everything just to reconnect with her boyfriend, almost boyfriend, or whatever. And that might just be their doom.

Step into Magic is a fun YA portal fantasy adventure. If you like books with strong heroines, friendships between girls, subtle romance, and some mystery, you've found your book.