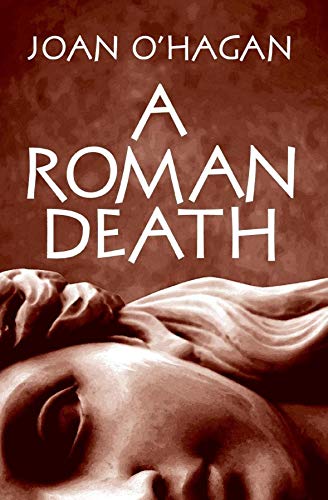 Honestly speaking, I didn't pick this book cause of the Roman aspect. In fact it kind of off-put me wanting to check it out, but as I read what the book was going to be about, I slowly got more interested in giving the book a chance.

Gives lots of info at the start, like what things you might read and not know what they are as you read them. Example: Carnifex is an executioner / hangman.

This book is very well written, and doesn't drag scenes out too far that you get bored of reading it. It is definitely not a book I would normally read, but that has nothing to do with how the book was written. I don't mind the book, but with so many new words that I had to keep going back to the first few pages to figure out who or what was being discussed was too annoying (most especially in e-book format). I don't regret reading the book, it was a great read even with having to figure out some of the words, would be best in paperback so you can just flip quicker to the page.

For those that enjoy this kind of book, (a murder mystery with lots of history thrown in) I think it is a great edition that will keep you reading. It has lots of suspense that will have you reading well into a time when you should be doing other things.

Historical thriller set in Ancient Rome. In 45 BC, Julius Caesar is at the height of his power. Lucius Scaurus, the young, good-looking fiance of a high-society girl is poisoned at the couple's own pre-wedding banquet. In the trial that follows, Roman society is shocked when the girl's mother, Helvia, is accused of not only of murder, but of incest. Cicero comes to Helvia's defence, but the killer's identity remains a mystery until the final twist - or two.

'Poison, poetry (both high-minded and salacious), marriage for money, marriage for love, gang-rape, cowardice in battle, scheming slaves, conniving aristocrats, malicious matrons casting magical curses, and (as if all this were not enough) a previously unknown oration by Cicero — there’s so much going on, so expertly conveyed ... ' (Steven Saylor)