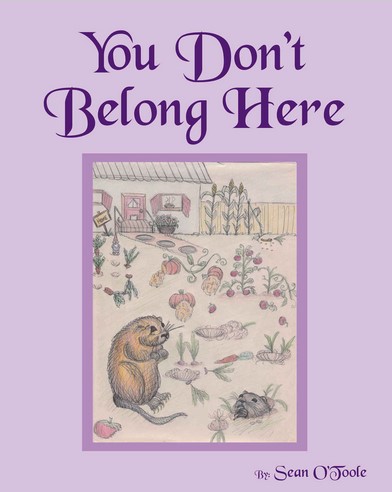 There aren't too many words to most of the pages which helps the kids to focus on whats going on in the picture and to listen to the story without getting bored and distracted (but there is some with too many when kids start to get antsy to look at a new picture) . Cute childlike drawings draw the kids in to look more closely at whats going on and remark on it.

The book is about a pair of muskrat brothers, and even describes what a muskrat is so that the parent or teacher doesn't have to stop the story and explain. Marty and Manny get separated when Marty gets caught and is brought to a new place with animals he has never seen before and who have never seen anyone like him before.

The book shows some good team work and the acceptance of differences in each other.

I just wanna say that the ending is very cute and all kids will enjoy it in my opinion.

I received a free copy of this audio-book free and am giving it an honest review, for my thoughts.

Two muskrat brothers become displaced due to a storm and end up in a lady's backyard. They make a big mess back there, and the lady decides it's time for them to go. She calls an exterminator who comes and sets traps to catch them. He catches one of the muskrats and relocates him in a forest near a pond. He and his brother had never been apart before, and now he was all alone in an unfamiliar place. Some other animals approached him while he was drinking from the pond. They had never seen a muskrat before and were not as welcoming as he would have liked-until the muskrat proved himself worthy of living there by helping the animals defeat a dangerous foe. The other animals realized that he had some unique qualities and skills and did in fact belong at the pond, and they became friends. And someone special may have rejoined the muskrat to make for a happy ending.