Through the Psyche of Ambrosia: Part I : Worlds Beyond Scripture: Book 1 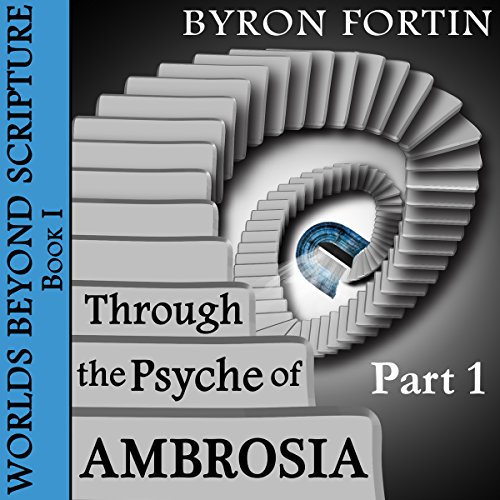 So I got both the audio-book and the written book, and they are both one in the same as it's the same story, but I will try to remember to put both read/listen in even though I listened to it.

So when you read or listen to this book the story actually starts on chapter three which is actually done on purpose. The author describes many things in the book, which can help you visualize what you are listening/reading even better There is so many twists and turns in the book you never know what will be around the next corner as you read/listen to the book. I personally think it was a well written book, though some of the descriptions could be cut a bit.

Ambrosia who is a male gets a chance to experience a whole new world that he has never seen before. The book follows his journey into the modern era. New clothes was one of the first things he got introduced to, and the description was quite funny as to what he thought of it. As he is trying to cope with this life he is living, he feels haunted by things in his past and has to think what can be done to cope.

The narrator was great, he pronounced everything at a good pace, never rushing through or drawing out the scenes. He put voices into each of the characters, even making it seem like each one had the proper emotions (example sadness). His voice rose and fell in all the right areas. He does a great job on this book.

I received a free copy of this audio-book free and am giving it an honest review of my thoughts.

Meet Ambrosia as he is invited by a wealthy philanthropist to leave behind his life of general obscurity, safely sheltered from society, to enter a world of intriguing characters in the city of Hartland. But if he only knew what was to come, he may have never stepped onto that plane.

He soon becomes terrorized in a dream so intensely real his mind cannot seem to let go of it and is plagued by disturbing images of infatuation from another time and place. Afraid he is spiraling into madness, Ambrosia seeks out the help of those around him. Yet he has no idea what he is about to uncover. There may be more mystery and magic in his new home than he ever cares to admit.

This is a work of fiction. Names, characters, places, events, and incidents are the products of the author's imagination. Any resemblance to actual persons, living or dead, or actual events is purely coincidental.