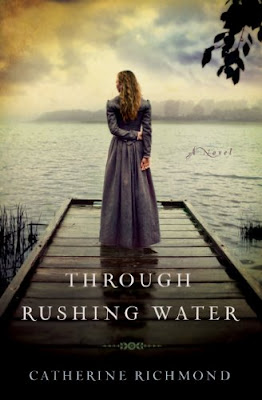 Sophia had her heart set on being married to the US Congressman, but he ended up getting engaged to her roommate. She is heartbroken and signs up to be a missionary. She ends up being sent a Ponca Indian Agency in the Dakota Territory. She believes this to be a mistake that God made, she believes she will be more useful somewhere else, like China.

The men help build an outhouse for the school (where Sophia is to teach in) the second day she was there. She helps the children learn English, and regular school related things, and also about God.

This is a very interesting story, very heartwarming. I would recommend this book to everyone. It hold a bit of everything in there; religion, romance, history, and more.

Sophia has her life all planned out—but her plan didn’t include being jilted or ending up in Dakota Territory.

Sophia Makinoff is certain that 1876 is the year that she’ll become the wife of a certain US Congressman, and happily plans her debut into the Capitol city. But when he proposes to her roommate instead, Sophia is stunned. Hoping to flee her heartache and humiliation, she signs up with the Board of Foreign Missions on a whim.

With dreams of a romantic posting to the Far East, Sophia is dismayed to find she’s being sent to the Ponca Indian Agency in the bleak Dakota Territory. She can’t even run away effectively and begins to wonder how on earth she’ll be able to guide others as a missionary. But teaching the Ponca children provides her with a joy she has never known—and never expected—and ignites in her a passion for the people she’s sent to serve.

It’s a passion shared by the Agency carpenter, Willoughby Dunn, a man whose integrity and selflessness are unmatched. The Poncas are barely surviving. When U.S. policy decrees that they be uprooted from their land and marched hundreds of miles away in the middle of winter, Sophia and Will wade into rushing waters to fight for their friends, their love, and their destiny.
Posted by arayasunshine20 at 3:38 PM