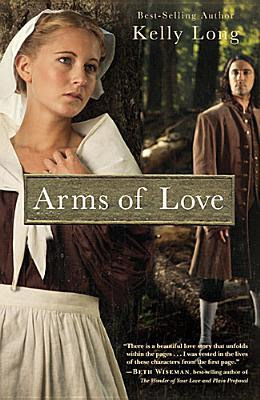 This was an interesting read about the Amish life. It starts out about an Amish family (Yoder) who loses a mother in the birthing of another baby. Lena (the oldest daughter) must try and work out a way to keep her family together and safe, even if she has to marry for convenience instead of love. Her father is in jail due to the fact he would not let the British soldiers take his last cow (cause he wanted his children to have milk). The young boy (10 years old John) rebels. The littlest sister Abby looks for comfort.

Adam Wyse loves Lena Yoder but promised Lena's mother (Mary) not to marry Lena until he is out from his fathers house and rule.

The year is 1777. America is in turmoil. And Amish life is far different than today.

Pennsylvania in the late 18th century, once called William Penn’s Woods, was an assortment of different faiths living together for the first time in American history. Included in this tapestry was a small and struggling population called Amish.

Surrounding this peaceful people were unavoidable threats: both Patriots and the British were pillaging land and goods for the sake of the war, young Amishmen were leaving the faith to take up arms and defend freedom. A simple walk in the untamed forests could result in death, if not from bullet or arrow, then from an encounter with a wild animal.

Amid this time of tumult, Adam Wyse is fighting a personal battle. To possibly join the war efforts and leave his faith, which would mean walking away from the only woman he’s ever loved: Lena Yoder. But for that love he’s made a promise that may keep them apart permanently.