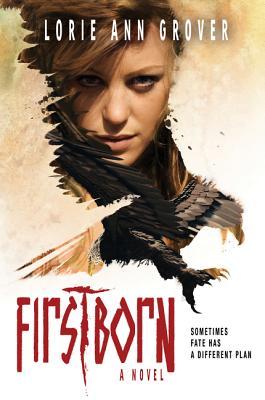 This is a very interesting story. It is about how if your first child is born male, he will be fine. However if you are a female, you are to be left by the cliffs to die and/or be killed and eaten. There is only one way out of death and that is if your parents decide to declare you as a male and raise you to be a male. As a female (who is declared a male) you have to suppress ALL feminine urges as your grow, and never act on them or you will be killed the moment they find out.

This book follows Tiadone through some of her (his) life. It tells how she feels, and thinks of any of her feminine urge is a betrayal to who she is to be. She is the first female to be declared a male (that is known). She mostly only has one guy friend. Since the description talks of this isnt a spoler. She starts to see her friend in a new light and tries supressing it as best she can, even going to large lengths. But whether she is successful in that, I will let you read the book to know.

There is so much more to this story than what I am saying or what is written into the Book description, but I don't want to give away anything, just know that the book isnt made into a love story by any means, it talks about her feelings cause that is one major part of being female in a male's body, but there is more to the story than that one aspect of it.

This is a very small spoiler without being a big one since its in the beginning of the book. Each male and each female get an egg and an egg pouch to keep warm and hatch their own bird (I can't remember the name at the moment). The eggs the females get are different than the ones the males get. Tiadone is of course given one that is to be for males since she is a "declared male".

I was sorry to see it end and wish there would be another book to follow up on the ending. (I can't really say much more or it will ruin the ending but I would love to read more about what happens.

Where does a firstborn girl fit in a world dominated by men?

When Tiadone was born, her parents had two choices: leave their daughter outside the community to die in the wilds, or raise her as male and force her to suppress all feminine traits. Now, as the first female living as male in her village, Tiadone must prove her father didn’t make a mistake by letting her live.

As her male initiation approaches, Tiadone knows every eye on the community is on her, and desperately wishes to belong and finally be accepted. But at every step, traditional feminine gifts and traits emerge, and the bird she's been twined with is seen as a sign of the devil.

Worse, as Tiadone completes her rites, she finds she is drawn to her male best friend in ways that are very much in line with the female gender.

Confused and desperate, Tiadone tries to become what she must be while dealing with what she indeed has become: a young woman who may be able to stand up to her despotic rulers and uncover her real purpose in life.