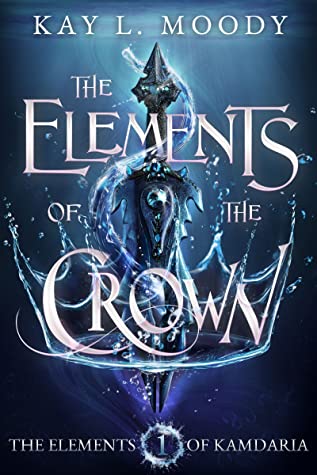 Great compilation of all 4 books that are currently available, cant wait to check out the next book in the series, The books are all about trying to be a Master Shaper. It mostly follows Talise as she attempts to be the Master Shaper but it also shows you Aaden progress through Talise's eyes.

Each of the 4 books contained within this (Ice Crown, Wind Crown, Dust Crown, and Flame Crown) are great short novels to read, each one you read and learn why the name is what it is, it's very interesting.

There are some twists and turns in the books that you won't see coming and I loved reading every minute of it.

This is more from my first impression of the first book when I read it before it became a part of a set of 4:

This book is a very fast read. It doesn't linger in areas, and in fact there is more that I would have liked to see, like training updates instead of just "10 years later". It follows Talise who is from the poorest area called the Storm and whom has never has seen one that can bend elements, especially like she can.

Talise can leave the Storm forever, is after the 10 years of training her element manipulations she wins the final competition to work for the emperor. She has Marmie who is her loved one that pushed her forward to this training and to try to win her own way out of the storm, but there will be no way out for Marmie herself.

In the final year (year 10) all the schools gather their last class and puts them together, that is where Talise meets Aaden. One who might just beat her out of the competition if she is not careful. She sees a trick that Aaden has up his sleeve which is very impressive, so she has to think of way to out do that trick or else she won't have a hope of winning in her mind. Does she risk it to try and win, or does she just give up and go home to Marmie.

Talise has a gift that could save her life.

In an empire divided into three rings, seventeen-year-old Talise is from the outer ring. This dangerous and crime-laden land has one constant… death.

Her only chance for escape is to become Master Shaper—an honored position in the palace court and military. Each year, the emperor chooses one student to receive the title.

After ten years of training at an elite academy, Talise clearly has a gift for manipulating the elements of water, air, earth, and fire. But Aaden, a handsome student from the privileged inner ring, is poised to steal the title away from her.

When they come before the emperor, he is impressed with the great skill both Talise and Aaden possess. He presents them with a set of trials, and she knows this is the chance she needs to prove herself. As long as Aaden doesn’t ruin everything.

But secrets hide in every corner of the palace, masking a conflict far more dangerous than her previous home in the outer ring. Now, she must play along with the emperor’s lies and games, or else she will lose her life to an enemy she never expected.

This book includes novellas 1-4 of The Elements of Kamdaria:

Posted by arayasunshine20 at 4:38 PM No comments: 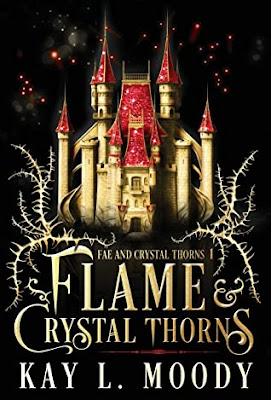 This was a great book, while I am glad to know you wouldn't have had to read the first Bitter Court series, I absolutely love that I have read it and can get the references that are contained within this novel.

I enjoyed reading this new perspective that is also a kind of continuation from the other series. I had been interested to know what the sisters were up to. I can't wait for the next novel and see what this series has in store and how it will play out.

The book is all focused on Chloe and her thoughts and journey years after she had left her eldest sister in Faerie. She swore she would never return but now Quintus has come and told her there was an issue within Faerie. She has some decisions ahead of her in the book, and what happens as a result of the choices shall be up to you to read and find out. ^_^

She vowed she’d never return to Faerie…
But vows were made to be broken.

As a human girl, Chloe is perfectly happy being back in the mortal realm where she belongs. She's even become the town apothecary. When a fae from her past shows up begging her to return to Faerie, she utterly refuses.

But then she finds out an angry group of mortals are using iron to hold an entire castle full of fae hostage. And of course, the hostages include Chloe's older sister and her sister's beloved.

Reluctantly, Chloe packs a bag for what is supposed to be a short trip to Faerie.

But the mortals are more powerful than she expected. To fuel them, they have weapons, flames, and revenge. They won't stop until they control every court in Faerie.

With the help of a new and mysterious magic and a too-handsome-for-his-own-good fae companion, Chloe has to save Faerie before her sister and the other fae are killed.

Posted by arayasunshine20 at 4:35 PM No comments: