So it is getting to that time again when people start getting ready for the coming Season. I thought I would compile some things that people may like to use. I am adding in pictures of what it is underneath cause just a lot of typing looks too boring in my opinion, and seeing what you will go to look at through these links seemed to be a better way to convey what's there. 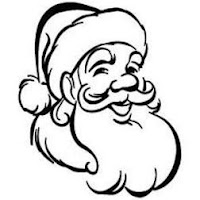 So the first thing I was thinking of was a personalized video from santa and the one I found looks quite cute from this website here . There is a free option as well as paid options. Now I haven't tested it just yet because my daughter is too old for these, but I will still be testing it.

For those who like to make and personalize Christmas cards I found a cute site where it has that and more here . 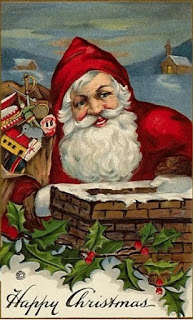 I seen these cute templates you can print out for your child to fill in for Santa Here . 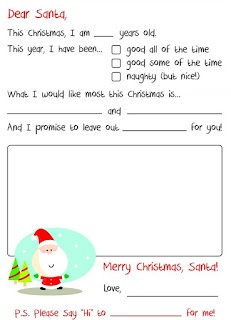 Phone call from Santa himself. So there is so many ways to have this happen, I am going to list a couple:
The first of which is one where you do not need a cellphone for. If you go here . You can choose to have a call come from Santa or The Elf and then there are 4 other options "Be Good" , "On My List" , "Something Special" , "Sweet Dreams". This is not personalized to your child but it can be something if you don't have a cell phone to use. 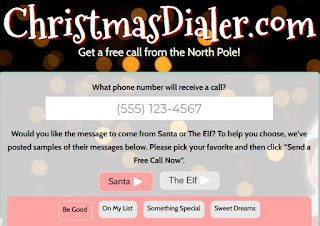 Now this was a hard call to chose between the multiple apps out there, but when I seen this one with so many options I thought I would pass it on Here , you can get it for iPhone or Android . 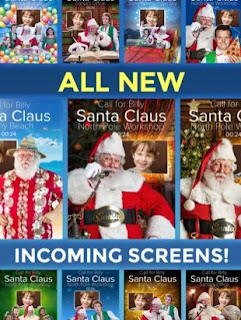 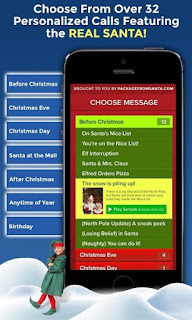 I hope these help people out during the coming season. I know I will be using some of them. a
Posted by arayasunshine20 at 1:13 PM No comments: 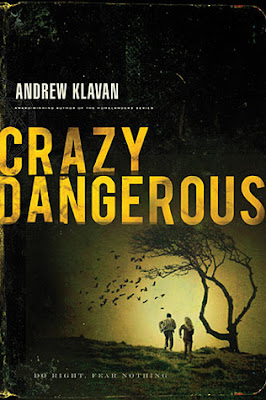 This is a great read, i can really feel the pressure he is getting from the other children. This book is a great read for young adult and adults. I throuhgly enjoyed reading this book and hope to read more like it.

This book is about how Sam Hopkins (a preachers kid) is sick of being treated differently and falls into the wrong crowd. He realizes he needs to break away from them but is unsure how. Until a girl (Jennifer) is almost beaten up by them. He saves her, and gets many hit, punches, and kicks for it. Now she seems to think that he is her friend and his name is magical (she has schizophrenia, or so every believes). Jennifer tells Sam that something very bad is going to happen and soon, she told him of her this tree with a lake (and later he realizes he knows where it is). On Sunday, she later figures out and tells him, the bad thing will happen on Sunday.

Disclosure of Material Connection: I received this book free from Thomas Nelson publishers as part of their book review bloggers program. All opinions expressed are my own, and I was not required to write a positive review.

Sam Hopkins is a good kid who has fallen in with a bad crowd. Hanging around with car thieves and thugs, Sam knows it’s only a matter of time before he makes one bad decision too many and gets into real trouble.

But one day, Sam sees them harassing an eccentric schoolmate of his named Jennifer. When Sam finds the courage to face the bullies down, he loses a bad set of friends and acquires a very strange new one.

Because Jennifer is not just eccentric. To Sam, she seems downright crazy. She has terrifying hallucinations involving demons and the devil and death. And here’s the really crazy part: Sam is beginning to suspect that these visions may actually be prophecies—prophecies of something terrible that’s going to happen very soon. Unless he can stop it.

With no one to believe him, with no one to help him, Sam is now all alone in a race against time. Finding the truth before disaster strikes is going to be both crazy and very, very dangerous. 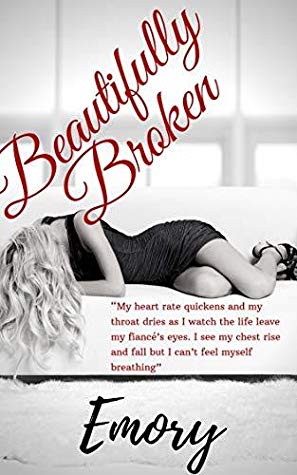 I received a free copy of this e-book free and am giving it an honest review, for my thoughts.

Two years ago, I didn’t know I had a stalker. The cops swore my fiancé’s murder was random. But the way the murderer looked at me behind his mask didn’t feel random. I know the cops are wrong, but they won't help me. That murderer; I feel like he’s been watching me for a long time, hiding in plain sight as I go about my broken life. Living with fear and anxiety is hard, but things are about to get a lot harder. "Beautifully Broken" is a gripping, contemporary romantic thriller that will keep you guessing.

Hey Siri, record a voice memo. Hi, my name is Paisley. These will probably be my last words so, here goes. Right now, I’m hiding in the bathroom. I’m sorry I’m whispering but I’ve got to be quiet; I think someone is trying to break in. I don’t know why, but lately, I swear I’m being watched. Someone is lurking, waiting for the right moment to hurt me. Why? Your guess is as good as mine; I live alone thanks to the man who murdered my fiancé two years ago. I don’t date because I fear I’m too broken now, and my anxiety is too much to handle. I have one best friend who hasn’t kicked my paranoid ass to the curb. And my coworkers love me, probably because I’m always covering their shifts. Oh my gosh, here I am rambling when these could be the last words I ever speak. Ugh, I really am a mess! Anyways, who would want me dead? Ah I can hardly breath. My heart is pounding, I can’t even see straight, my breaths are growing more ragged by the second. Please don’t come in. Just leave me alone.

Posted by arayasunshine20 at 2:36 PM No comments: