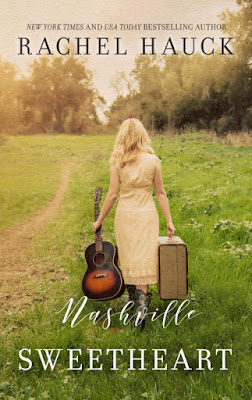 It was a good book about a woman (Aubrey James) who is from Nashville. Her parents (Ray and Myra James) were famous for gospel singing and she is a famous country singer. Her parents died when she was 16.

Aubrey is always being bugged to due interviews and due to somethings that were said by her ex-friend Melanie, she agrees to do a local interview with Inside NashVegas. Scott Vaughn does the interviewing with her over a month span, and as he does, he sees her in a way not many people get to.

She has a fiance (who proposed at her last stop on her 11th tour, which was also her 30th birthday), his name is Brown "Car" Carmichael the third (Aubrey always calls him Car). He is always pushing Aubry to commit further to him, which usually gets them into arguing. For example he just starts moving stuff into he replace without asking, asks a person at the bank how much money is in her personal bank account, argues with her to invest her personal money to him with his business.


Disclosure of Material Connection: I received this book free from Thomas Nelson publishers as part of their book review bloggers program. All opinions expressed are my own, and I was not required to write a positive review.

What do you do when the past you've been dodging shows up at your door with cameras rolling?

Aubrey James ruled the charts as the queen of country for over a decade. She'd rocketed to fame in the shadow of her parents' death—both of them pioneers in gospel music. But while her public life—high-profile romances and fights with Music Row execs—made for juicy tabloid headlines, the real and private Aubrey has remained a media mystery.

When a former band member betrays Aubrey's trust and sells an "exclusive" to a tabloid, the star knows she must go public with her story. But Aubrey's private world is rocked when the Inside NashVegas interviewer is someone from her past—someone she'd hoped to forget.