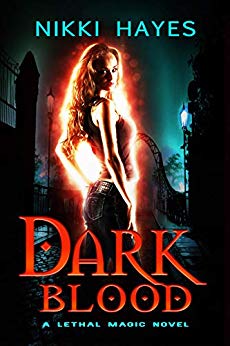 This book follows Natasha, who is mostly known as "Tash". She does surveillance jobs for her "boss" Tobias. She lives in a town named Ridgeview. Usually the jobs are pretty easy and straight forward, but not always. The latest job she gets sent on is a doozy, though it wasn't supposed to be, it should have been easy.

This book world is being in he future in the year 2040.

A disease, nicknamed the Scourge, ravaged the country. The population has not yet recovered from those losses. Mentality, instability, and weird occurrences come into the light. These happenings are what made a Paranormal Crimes Unit to be formed.

I will say there are some parts of this story that are in dire need to have more details in them to explain what was going on and why.

I did enjoy reading this book over all though, but because of so much that was lost within the story where scenes should have been extended and not rushed as they were, there are quite a few blanks that I dislike.

Friends call me Tash. The world calls me loser. No one knows I possess a deadly magic.

It was supposed to be a simple surveillance job, just like the zillion others I had run for my tough-guy benefactor, Tobias. An hour into it, I'm sitting with a dead body after barely surviving a warlock's rampage. I thought things couldn't get any worse, but what did I know? Running point for Tobias or being witness to a murder was the least of my worries.

Now I've been blackmailed into working with sexy paranormal cop Ian, and I must help him find what the warlock is up to before he destroys whatever is left of our world. A piece of cake, right? Sure, if you ignored the dark magic I was born with.

I just might save the world from a warlock's evil plans, but can I save it from the darkness that lies within me?