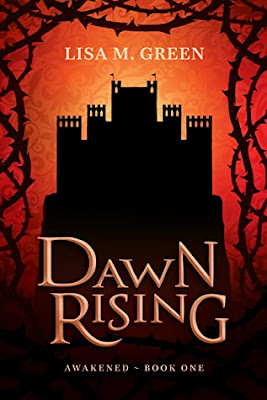 This was a great book, it has many layers to it, like an onion as you read more gets revealed. It leaves on a cliffhanger making you want to know what else is to come. I really enjoyed this book, it has lots of explanations in it, and descriptions which is good to help you get a picture of the scenes unfolding.

The book follows Aurianna and Pharis, but mostly just Aurianna. Aurianna is told that she is destined to save the world, that she has powers she will need to train to use. Pharis comes to the future to pick her up, and at the time she isnt fully aware of why since her "Aunt" had only just told her something (which I will let you read and find out what). Pharis is annoyed that his father sends him on this mission which he has no reason why it had to be him and not some one else, but that is to be revealed at a later time.

I can't wait to see what else there is in store for these two, in the series to come.

Once upon a time, a girl was born. A hundred years later, she grew up.

Aurianna must rewrite the past in order to save the future. She was supposed to be the answer to an enigmatic prophecy discovered on the night of her birth. But a terrible curse changed her life forever.

That is, until a mysterious stranger arrives to break the spell. He awakens Aurianna to the truth of her past and the powers she never knew she had.

When he sweeps her back in time, she discovers there is more to her life than she ever imagined. The world she encounters is both strange and familiar. But learning to control her newfound elemental powers will be the least of her problems.

She must race against time to uncover the truth about a catastrophe that will leave the world broken, divided, and at war.

Aurianna just wants answers. But the people need a savior.