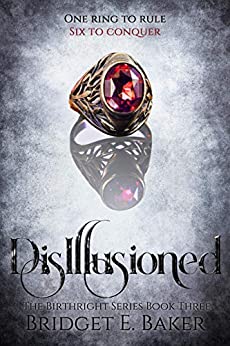 This book pretty much starts when the first book one ended (in the second book it does go further into the story but in here we see what was going on while Junica was gone doing what she happened to her in book 2), with us being back to seeing Chancery's point of view, which is kinda great cause in book 2 you got to see Judica and what happens with her and seeing some of their shared past that is spoken of in the first book from a different point of view. So while in book 3 we get to know what Chancery was doing as we already know (from book 2) where Judica is.

This is another fast paced book that really draws you into the story right away and keeps you wanting more. This series is going to be long and I love it for that, I love being able to read many books and get a full story. 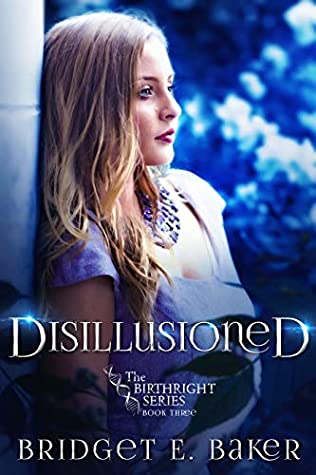 Family can be the best ally—or the worst enemy. The saga continues in the third book in Bridget E. Baker’s Birthright Series, where trust is the ultimate political weapon.

Accept the world as it is...

Days before her eighteenth birthday, Chancery Alamecha has more to worry about than the flowers at her celebration. She’s no closer to learning who killed her mother. Her twin sister is missing, fate unknown. And she’s the new ruler of an empire with abilities she has yet to harness.

Or do something to change it…

When her first act as a merciful queen is met with resistance, Chancery realizes her mission to improve the world will be harder than expected. She’s attacked on multiple fronts, distrust simmers within her ranks, and her list of allies grows shorter by the day. But to unite the evian families and gain control of five powerful rings, the most direct path to peace may be through war…

Chancery has a lot to do: find her mother's killer, get Alamecha in order, consolidate the six families, gain control over the other five rings.

But her twin is missing, and her older sister Alora betrayed her. Her list of allies is running thin. Can she do what needs to be done before it's too late?