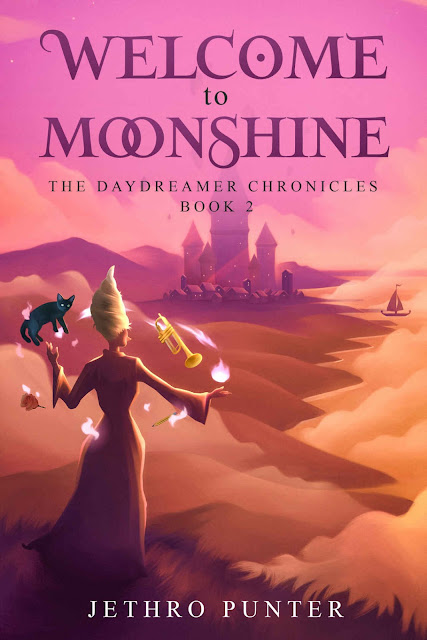 Spoiler Alert if you haven't read the first book, you will not want to read over my review on some of the happenings in this book.

Gimble has a foot injury from battle that when he start to feel to comfortable he will move his foot which brings the pain into focus for a while again. (The revealing of this will become evident soon).

Adam is still popping in and out of the dreamworld Reverie, he has been having concentration issues because of it and even his friends patience is running thin while trying to help Adam with homework. Charlie still enjoys hearing all about the dreamworld that Adam goes to while he sleeps. His mom is still missing and but Adam remains hopeful since things are still trying to settle down in Reverie.

Adam is also frustrated because Gimble and Lucid told him that they would help him find his mother and until Gimble’s foot is better they can’t go.

So without saying too much more and spoil the book for new readers, my thoughts are that it is well written and doesn't linger too long on scenes. It flows smoothly together from one scene to the next. I think many will enjoy this book, especially if you liked the first book in the series.

I received a free copy of this book and for an honest review.


Being the hero of Reverie is turning out to be much, much harder work than Adam was expecting. There is another side to the Great Dream. A city where all the strangest dreams come from.... Moonshine. Ruled by a mad Queen and full of chaos and oddity, up until now it had been left alone by the rest of the world, a destination for the lost, the lonely and the strange.

But now there is something new and very, very bad growing in the heart of Moonshine, and whether they like it or not, Adam and his friends are going to have to get to the bottom of it. If they don't then strange dreams will be the least of their problems.